Seattle couple Janet and Tommy have been married very happily for 16 years. As an anniversary gift, Tommy thought he’d surprise Janet in a way she’d never imagine in a million years. He told her to dress up nice and accompany him to the city’s Westin Hotel. Once they walked into the event room he’d booked, Janet knew this was no ordinary anniversary present. It wasn’t just dinner that she could expect.

Suddenly, a man sprung out from nowhere and started dancing in front of them. The music swelled. It’s was Bruno Mars’ romantic track, ‘Marry Me‘. Then… A flash mob appeared! And it didn’t end there. Oh no. Tommy had a question to ask his beloved wife. So he got down on one knee (again…).

We all have cherished ones in our lives. Maybe all it takes is a little thought and planning, like Tommy here, to let our loved ones know just how much they mean to us… 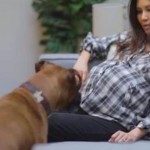 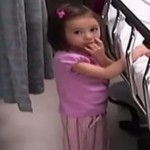