Going to Africa on a safari vacation is one of the most wonderful trips a person can make. The sheer variety of nature, habitats and animals you can witness… There’s nothing quite like it. You can see the awesome majesty of a pride of lions and the sheer scale and magnificence of hippos in a swamp. And one of the world’s biggest creatures, the African Elephant, well, doing whatever the heck they want (after all, who’s going to stop them?). In the hilarious little clip we’ve got for you below, it appears that the calf in this herd of elephants wants to sneeze. And does. Only he doesn’t quite know what a sneeze is and gets pretty scared by it! ADORABLE.

How cute was that? Baby’s first sneeze! 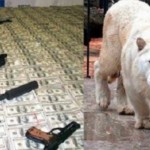 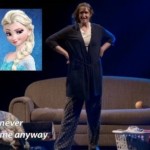